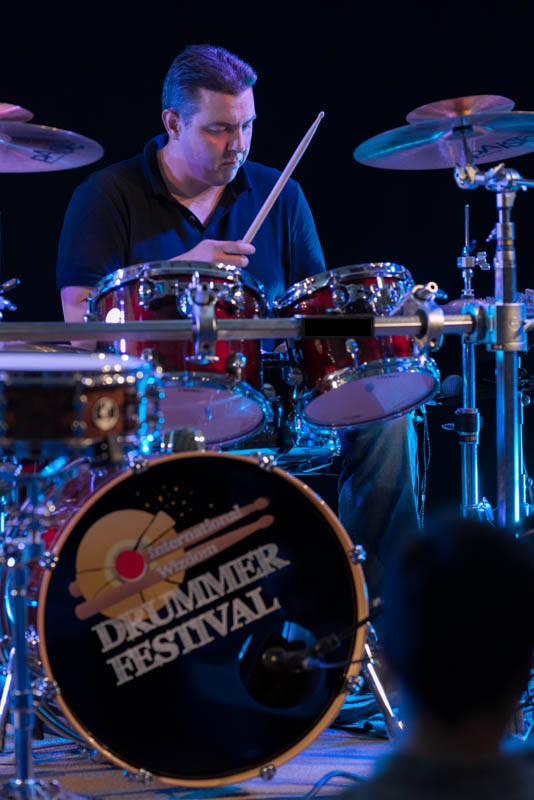 He began learning classical percussion at the age of 9 and for 5 years and then turned to the battery self-taught. He takes classes from March 1993 and starts in September of the same year.

He created an international drum festival in Dijon in 2013 and 2015 with Dom Famularo, Emmanuelle Caplette, Claus Hessler, Olivier Baldissera and Chester Thomson

Thus Eddy is known and recognized as an excellent pedagogue and can transmit to his students a high quality education. That's why he was able to integrate international educational programs:

He is also a member of the prestigious Percussive Art Society and Namm.

Along with his teaching job, Eddy has forged a solid musical experience having played in various musical groups: